The Samsung Galaxy W21 launched earlier this month on November 4, 2020. It is a foldable smartphone similar to what we have seen with the Galaxy Z Fold 2. However, the Galaxy W21 is slightly tweaked in aesthetics, and software and hardware configuration. The phone has only been announced in China as of now with a single variant and is priced at 19,999 CNY for the 12 GB RAM and 512 of storage.

The Galaxy W21 feature Qualcomm’s latest Snapdragon 865+ SoC with UFS 3.1 fast storage system. Powered by a huge 4500 mAh battery. The phone has two screens. When folded the front has a 6.2 inch Super AMOLED display, whereas when the device is unfolded it has 7.60-inch widescreen. The inside display features 120 Hz screen refresh rate and Full HD+ resolution. The overall footprint of the Galaxy W21 is slightly bigger than the Galaxy Z fold 2. It supports dual physical sim slots instead of sim + esim which have been seen earlier on Fold 2.

What? Samsung W21 is actually bigger than Fold2! pic.twitter.com/IIk1mxAI04

Galaxy W21 looks aesthetically better than the already good looking Galaxy Fold 2. Below we have shared a few stock and live wallpapers from stunning Galaxy W21. Users can download Galaxy W21 Wallpapers and apply them on their phones, tablets or laptops. As it is a foldable smartphone and can be transformed into a tablet, the wallpapers come in a dimension that can fit even wider screens such as desktop PCs and tablets. The live wallpaper, in particular, looks pleasing to the eyes.

We have uploaded high-quality wallpapers stock wallpapers from the Galaxy W21 here. The collection of wallpapers also include one live wallpaper. It just looks astonishing and just uplifts the device’s feel. All of the wallpapers come in high resolution of 2,208 x 2,208‬ px making it fit any screen size. There is a live wallpaper as well which looks just astonishing. It may consume a little extra battery, but it’s worth a try.

Following is a preview of the wallpapers and the complete download link is listed below. 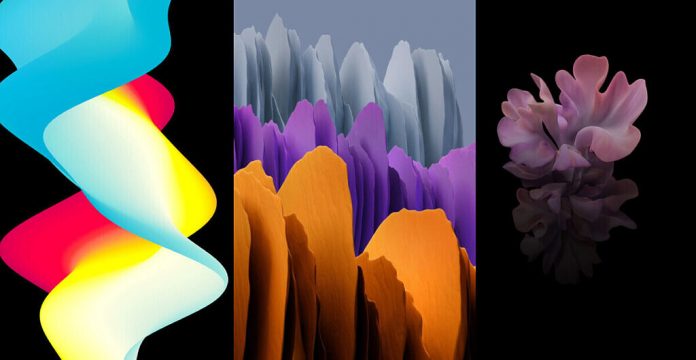