Samsung has just launched a new M-series phone in Thailand, the newer one is dubbed as the Galaxy M62. Although, Samsung Galaxy M62 is a rebadged version of recently announced Galaxy F62. As it is a rebranded smartphone, it packs the same 7,000mAh battery, Exynos 9825 chipset, quadruple camera module, and more. Fortunately, the smartphone comes with a set of new stock wallpapers. And here you can download Samsung Galaxy M62 Wallpapers in its full-resolution.

The Galaxy M62 will be available for purchase in other countries, in the coming days. Before downloading the wallpapers, here you can check the specs and preview of the new Galaxy M62. Starting from the front, then the smartphone features a 6.7-inch Infinity-O panel which is a full-HD panel with 1080 X 2400 pixels resolution. As I said earlier, the device houses the Exynos 9825 chipset and boots up on Android 11 (based One UI 3.1) out-of-the-box.

The 64MP quad camera module is one of the centerpiece features of the newly launched Galaxy M62 smartphone. It dons with a 64MP Sony IMX682 camera sensor, which has an f/1.8 aperture, PDAF, HDR, and other essential features. It also has a 12MP ultra-wide-angle lens joined by the 5MP macro camera and 5MP depth sensor. While on the front, the smartphone bags a 32MP selfie shooter which has an f/2.2 aperture. In Thailand, the Galaxy M62 goes official with 8GB RAM and 256GB internal storage.

Samsung Galaxy M62 is the company’s second M-series phone after Galaxy M51, which bundles a 7,000mAh battery and support 25W charging speed. The device goes official in Laser Green, Laser Blue, and Laser Grey color options. For now, the company has not shared the pricing details. So, these are the specs of the Galaxy M62. Now let’s take a look at the wallpapers.

As I said earlier, the Galaxy M62 comes with some new stock wallpapers. Talking about the numbers then, it has eleven default wallpapers, which users can use to change the look of their smartphone’s home screen or lock screen. All these wallpapers are the static wallpapers, this time, the company doesn’t add the live wallpaper in its M-series phone. These wallpapers are available in 1080 X 2400 and 2400 X 2400 pixels resolution, so there’s no need to be worried about the resolution. Here you can check the low-resolution preview of Galaxy M62 wallpapers.

Samsung Galaxy M62 default wallpaper looks impressive. If you like the afore-listed visuals then you can download these images using below links and use it on your smartphone’s home screen or lock screen. Here we attach Google Photos, Google Drive, and a direct link to our app (PhoneWalls) by which you can easily download the afore-listed images in its full-resolution.

The Last Of Us 2 Game Wallpapers For Desktop, Laptop, and Smartphones 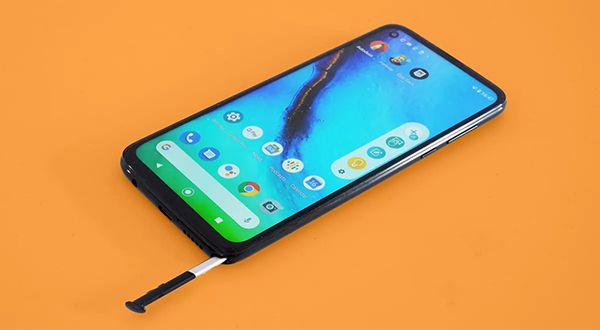